Use Cedar Island Ranch as your basecamp for exploring the Outer Banks in North Carolina.

Generally, think of the Outer Banks as three islands. Locally the Northern Beaches are considered everything from Oregon Inlet north, from Nags Head to Duck. Hatteras Island includes Cape Hatteras National Seashore and seven villages. It’s the most rustic and “authentic” terrain, more like it was here centuries ago. Roanoke Island, home to the energetic little burg of Manteo, is where Old World met New World more than four centuries ago. There’s way too much to describe here, but The Outer Banks Visitors Bureau has their own very complete website at outerbanks.org. 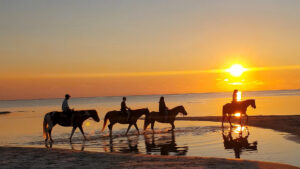 Of course, your horse awaits right here at Cedar Island Resort, but if you want to continue your equine adventure up the Banks, go horseback riding along the beach on Cape Hatteras, among the dunes. You can bring your horse (lodging will be tough) or join a ride from one of the four permitted horseback tour guides: Equine Adventures, Hatteras Island Horseback, Lighthouse Horse Rides, and Outer Banks Horseback. They lead riders and small groups on tours across the trails and sands of Hatteras Island for 1-, 2-, 3- hour or even longer rides. 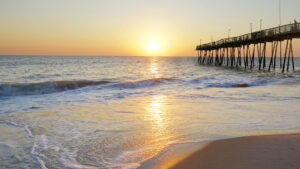 Outer Banks beach access and public parking availability vary from town to town (a complete list is here). Some beaches, as all of those in Duck, are private. In Kitty Hawk, Kill Devil Hills, and Nags Head, access to the beach is plentiful. All along North and South Virginia Dare Trail – the Beach Road – there is walkover access, boardwalks cresting the dunes, and ramps leading over the dunes to the beach. 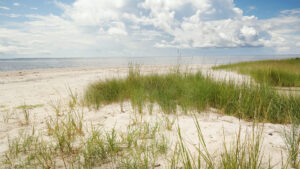 We call the shallow body of water that stretches between our little chain of islands and the mainland tend “the Sound” because we like things simple. Actually, there are five sounds: Currituck Sound, Albemarle Sound, Croatan Sound, Roanoke Sound, and the Pamlico Sound. Each sound is unique in character and recreational opportunities. Waterfowl hunting abounds in the Currituck Sound and the Pamlico Sound. In the Croatan and Roanoke Sounds surrounding Roanoke Island, the water’s deeper and navigable to bigger boats. In addition to the variety of fish you can catch in the Sounds, you’ll also find oysters, clams, shrimp, and other delicacies. The sunset is free. 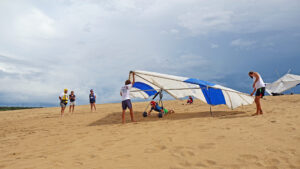 Nobody’s sure where the name Kitty Hawk came from, but everybody knows it. You’ll recognize it as the site of the Wright Brothers’ historic flight (it was actually at Kill Devil Hills just to the south). Outer Banks towns are quite rustic but offer the shopping conveniences you’re used to, as well as the real attractions, the many surf shops and beach stores. It’s a capital for skateboarders with a 5,000 square foot ramp. You’ll find wooded dunes and the narrow swales between, patches of deciduous, evergreen, and swampy forest, and soundside marshes and islands to explore. Explore the restaurants, too, literally any kind of food you could want. 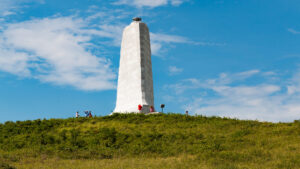 A lot more harmless than it sounds, Kill Devil Hills is the geographic center of the Outer Banks. A sleepy seaside town, at 7,500 residents, it’s practically metropolitan for the area. Beach houses and hotels, restaurants and shopping, and the real site of the Wright Brothers flight. The Wright Brothers National Memorial is here, and many aviation enthusiasts like to fly into the First Flight Airstrip, just behind it. The Avalon Fishing Pier is one of the few wooden piers still standing on the North Carolina coast. Many record-setting fish have been caught here. 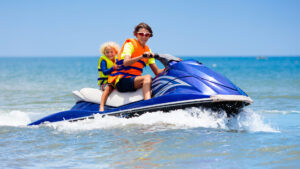 We’ve got some of the best surfing on the East Coast, with breaks from Duck to Whalebone Junction. Standup paddleboarding – or SUP – is big on the calm waters of the Sounds. So is dolphin-spotting. All sounds feature the sounds of jet skis, sailboats, fishing boats and skiffs, kayakers, standup paddleboarders, windsurfers and kite surfers. Refer to the Hatteras Guide  if you’re headed to the villages and beaches there and rent paddle-powered, wind-driven, and motor-equipped watercraft. 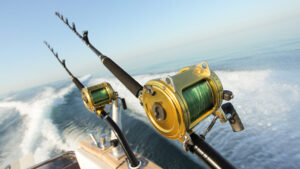 Yeah, you could say we do a little fishing around here. The largest fishing fleet on the East Coast sails out of the Oregon Inlet Fishing Center. Try your hand at surfcasting, pier fishing, deep-sea charters, inshore fishing, crabbing, and even shrimping from a charter boat. Four piers on the Outer Banks’ Northern Beaches are public: Avalon Pier, Nags Head Fishing Pier, Jennette’s Pier and the OBX Fishing Pier. Fishing licenses are cheap. Pier passes are nominal. Charter a boat for the big stuff, unless you’ve brought your own and you’re a salt (experienced sailor). Otherwise, rely on the pros to take you out. 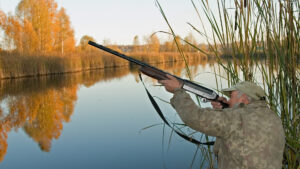 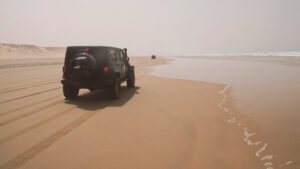 You’ll often see a Jeep, truck or SUV on the beach. Anglers, surfers, the adventurous and the curious head out onto the sand – hint: lower your tire pressure – exploiting the superior ORV (Off-Road Vehicle) access we have here. Currently only two towns – Nags Head and Kill Devil Hills – allow ORVs. The other towns – Kitty Hawk, Southern Shores, Duck – do not. Serious ORV enthusiasts head south to Cape Hatteras National Seashore with 75 miles of beaches accessible via dozens of ORV ramps. You need a permit, available online or at most tackle shops in Nags Head. 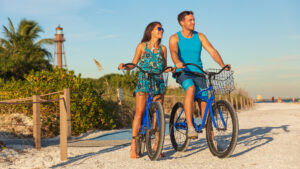 From Duck to Ocracoke! Rouse the riders and take 105 miles of bike path from Duck to Ocracoke Island on a mixed-use pedestrian and bicycle path that runs the length of the Outer Banks. If that’s not enough, you can ride back. Take a Duck walk on the Duck Boardwalk. It runs for a mile along the Sound, connecting the Town Park and municipal center with shopping centers and restaurants. Nags Head Woods Preserve has five miles of hiking trails making loops in the Preserve. More than 50 species of birds nest here. Take the audio history tour along the path to the Roanoke Sound, it’ll give you a good idea of how things were here just about a century ago. 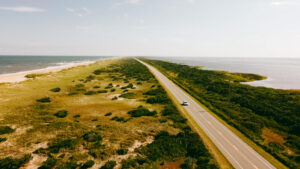 Whereas Cape Hatteras National Seashore is 70 miles long, the Outer Banks Scenic Byway runs the length of Highway 12 in the National Seashore and continues further via ferry to its southern terminus in Carteret County much farther south. Places like Chicamacomico US Life-saving Station and Graveyard of the Atlantic Museum help expand the story of the Outer Banks Scenic Byway along with a growing number of wayfinding signs and roadside venues noted for their historic and cultural values, from simple vistas and overlooks to signs noting historic events in the American story. 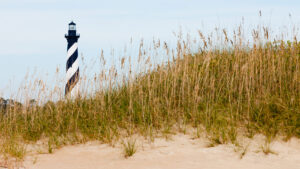 Such a unique and prevalent feature of the OBX requires its own category of recreation. The lighthouses of the islands are renowned and worth a tour in themselves. From the Cape Hatteras Lighthouse, built first in 1803 and replaced with the current one in 1870, look out over the sunken sandbars of Diamond Shoals. The Currituck Beach Lighthouse in Corolla is 162′ feet tall and its light can be seen for 18 nautical miles. The Bodie Island Lighthouse is just south of Nags Head and Whalebone Junction. The Ocracoke Island Lighthouse beacon can be spotted up to 14 miles into the Pamlico Sound and the Atlantic Ocean.